Tantti® DuloCore™ is a connected macroporous monolithic resin for the purification of large biomolecules, such as DNA plasmids, mRNA, viral particles and vectors, exosomes and proteins. The next generation purification technology “DuloCore™ “represents a breakthrough relative to traditional purification process due to its ability to achieve convection flow and sustain high purification throughput at high loads, making it ideally suited for downstream manufacturing in biopharma. DuloCore™ is produced using Tantti’s patented monolithic resin manufacturing process, which enables high porosity and controllable pore size to meet specific customer needs. Its polymethacrylate based resins allow easy surface modifications and to be used in any flexible column sizes. Given these characteristics, DuloCore™ offers dramatically enhanced purification performance while reducing costs for our customers in both small-scale laboratory settings as well as in large-scale industrial production.

What is a liquid chromatography column?

The fast-growing advanced therapies and vaccines in disease prevention have made a paradigm shift in medicine products fighting human diseases from small molecules, proteins to much larger biomolecules, such as viral vectors, DNA plasmids, CAR-T, mRNA, virus, etc.  While existing manufacturing processes have been developed for small molecular protein drugs, there is a strong demand for an efficient production process tailored for such large biomolecules, particularly purification process.

Traditional packed beads based liquid chromatography (LC) has been developed and widely used in protein drug puriп¬Ғcation. Although recent monolithic chromatography has been designed to target large biomolecules, their purification efficiency and effectiveness are limited, such as low yields, low throughput due to high back pressure, inflexibility in scale-up, few life cycles due to clogging and inconsistent quality and quantity1.  To overcome these challenges, there is a strong demand for innovation in chromatography technology, one which Tantti® DuloCore™  is well positioned to fulfill these unmet needs given its purpose-built design to target large biomolecules.

Tantti® DuloCore™ is a highly porous polymethacrylate resin made by a patented technology. Our method results in a monolithic resin with controllable macro-porous structure which differs from the traditional packed-beads or monoliths design used in the downstream bio-purification. It allows convection flow during Our technology can also be used to adsorb and remove various large biomolecules, such as empty viral vectors, endotoxins, nucleic acids and host cell protein impurities in the production of viral vectors and vaccines.

In addition to controlling the resin pore structure and particle size, various surface modifications in DuloCore™, such as ion-exchange, hydrophobicity, and affinity, are also available for desired applications in bioseparation. 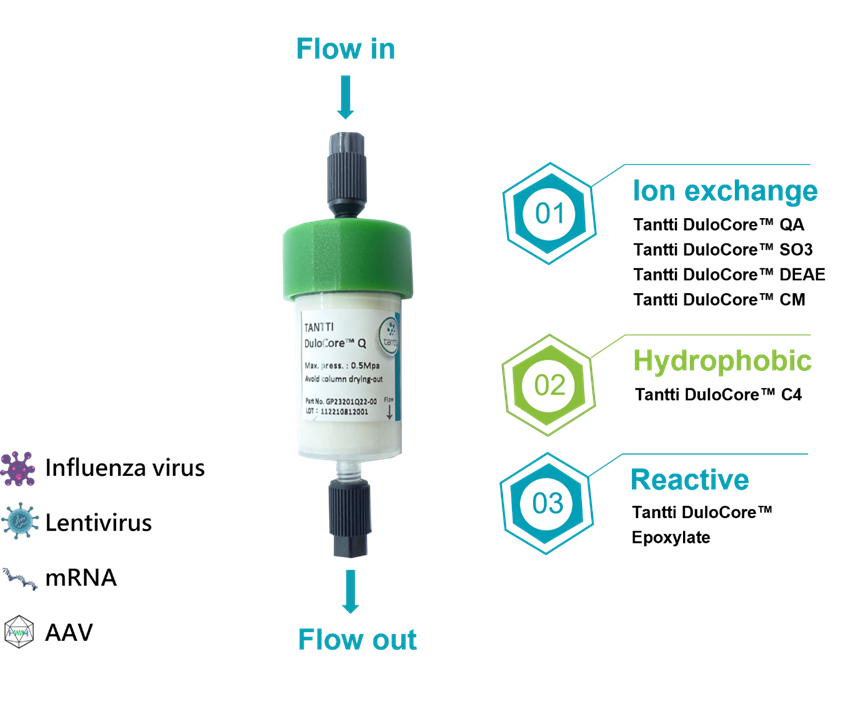 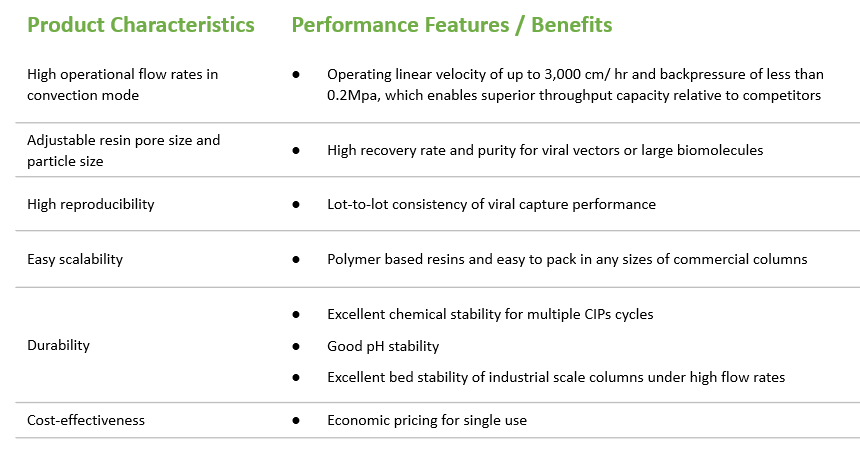 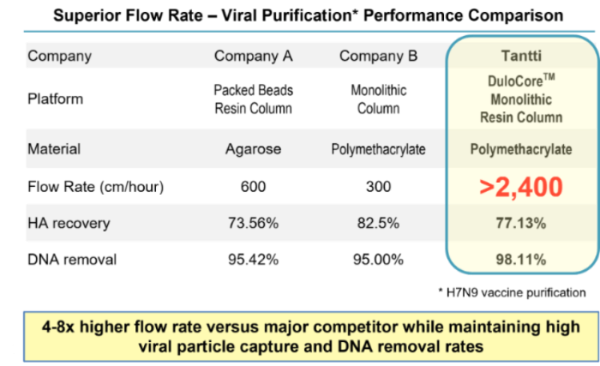 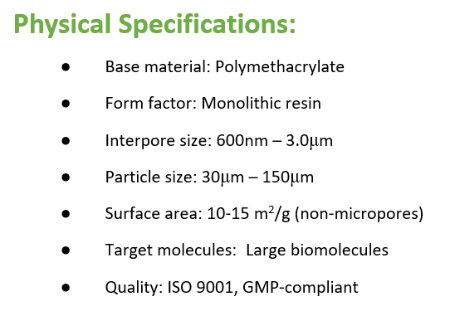